Brighton Pavilion, the Regency pleasure palace of the Prince of Wales, later King George IV, is synonymous with the exotic, the surreal, and the decadent.

The genesis of the Pavilion begins with the Prince of Wales, who visited Brighton for the first time in 1783.  At the ripe age of 21, the Prince of Wales was taken in by Brighton’s recent rise in popularity as the town became a fashionable getaway from London, providing a retreat for the wealthy and aristocratic elite.  Brighton was also part of his doctor’s prescription for curing his gout with the contemporary thinking that seaside air and water could improve the condition.

The interiors of the Pavilion reflect some of the grandest work of the Regency era with the fanciful interpretation of Chinese and Indian designs.  The name Frederick Crace has become synonymous with the Brighton Pavilion style, as he was the interior decorator responsible for the grand room schemes at the Pavilion.

One design feature that appears again and again in the furniture and decoration of the Pavilion is the incorporation of bamboo as well as other materials made to appear like bamboo.  One of the most impressive manifestations of this faux-bamboo look is the balustrades leading to the first floor made of carved mahogany and then painted to appear as bamboo. 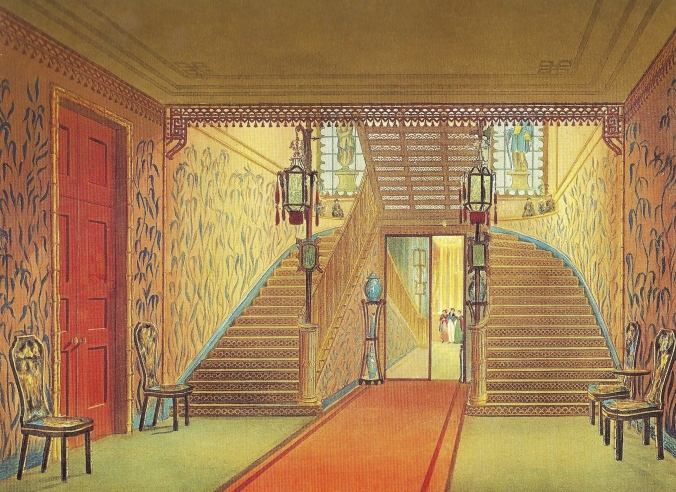 Faux-bamboo furniture became popular with Regency craftsmen after its prominent display in the Pavilion.  Shown here is one of a pair of jardinieres with carved frames that simulate bamboo.  These jardinieres carry on the traditional of fantasy furniture that followed in the wake of Brighton Pavilion’s ambitious decorating scheme.

One of a pair of Regency faux-bamboo jardinieres, Mackinnon Fine Furniture Archive

So have we convinced you to join the trend and get your own slice of the Brighton Pavilion style?

This charming Regency period painted side chair in our collection typifies the Brighton Pavilion style perfectly: the lattice work back and legs with cross stretcher are designed to appear as bamboo.  The chair is painted in tones of white on blue, which adds a simple elegance to the chairs and makes them ideal for any interior. 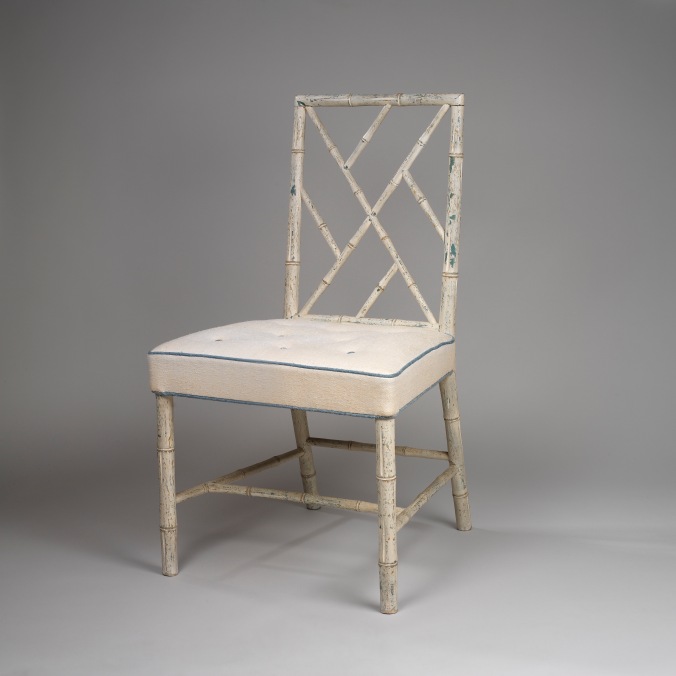