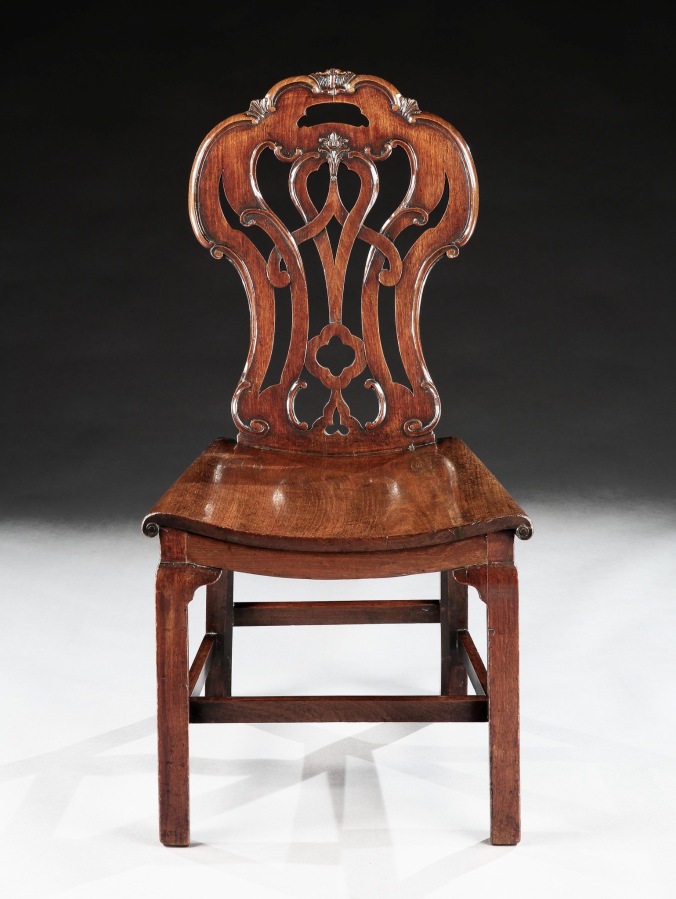 Hall chairs often featured the family crest or coat of arms, which allows us to trace these pieces back to their original owners, often an elusive task with other types of antique furniture.

The chairs first appeared in England in the mid-18th century in Chippendale’s Director as well as other contemporary design books including Robert Manwaring’s The Chair-Maker’s Real Friend and Companion.  The inspiration for the basic form of the hall chair comes from the Italian Renaissance sgabello, a stool with a back support often carved and decorated with heraldic imagery and placed in the hallways of grand palazzos.

We have had several hall chairs in our collection in the past, and today we will highlight two of these pairs. 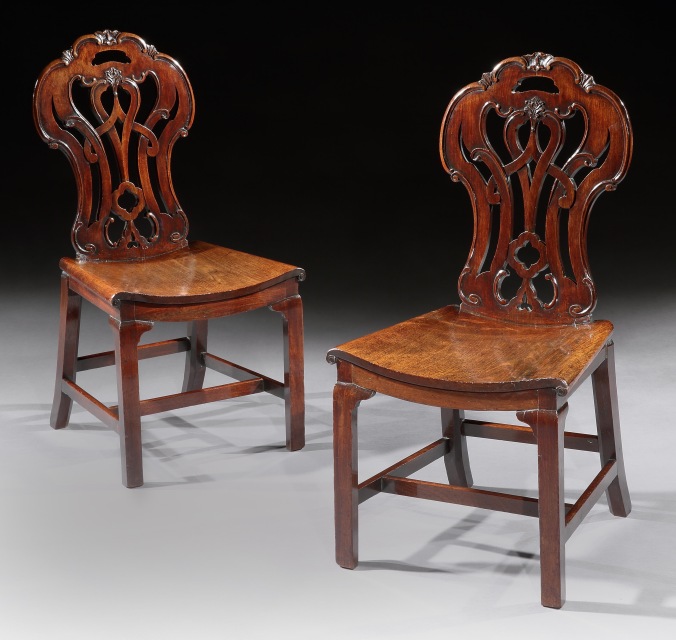 The first is an exceptional and very rare pair of George III Chippendale period mahogany hall chairs of outstanding quality.  The pierced and carved cartouche shaped backs feature C-scrolls, flame motifs and foliage decoration, and the dished and scroll-carved seats stand on chamfered legs joined by H-shaped stretchers.  The magnificent carved and scrolled backs and seats on these chairs clearly relate to plate XVII of Thomas Chippendale’s The Gentleman and Cabinet Makers Director, 3rd ed. 1762, pictured above in the right hand design. 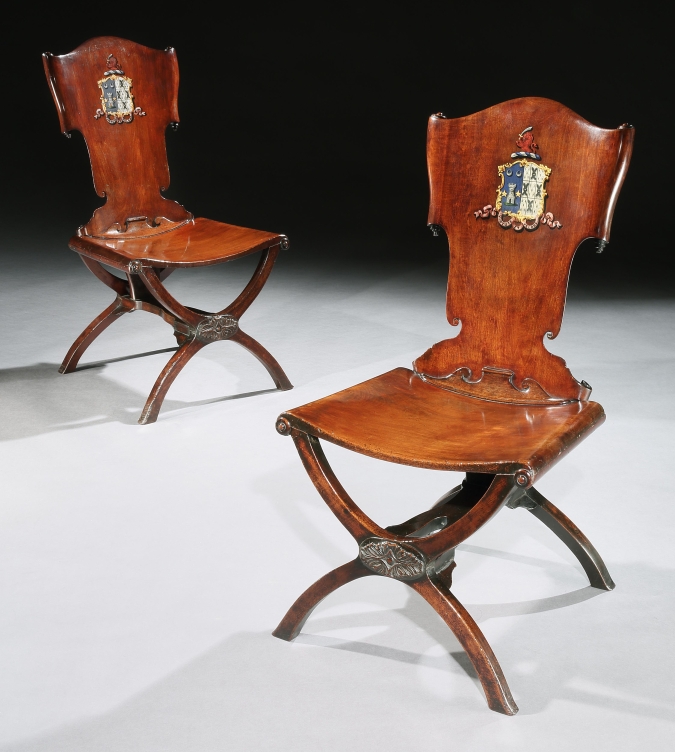 This second pair of George II mahogany hall chairs features the most exceptional sculpted form.  The shaped and curved backs have magnificent scrolled sides above a scrolled saddle seat and stands on x-frame legs (just like the curule form we discussed in a our previous post!).

This pair is emblazoned with a painted coat of arms and motto ‘Virtute et Valore.’  While researching this pair of chairs we reached out to the College of Arms for assistance in identifying the crest.  Although identifying the family turned out to be an elusive task, we did discover the following:

‘[It] appear[s] to show a marital coat of arms, with the shield subdivided vertically into two halves, with the arms of the husband on the left and the wife on the right; the crest over the top and probably the motto beneath will be those of the husband. However beyond being able to say that the wife’s arms indicate that she was by birth a Turner, I cannot report finding anything in our records or collections to identify the couple. This surprises me since the man’s coat of arms is quite distinctive band, it seems to me, unlikely to have been made up.’

We are always on the hunt for interesting, unusual, and exceptional hall chairs for our collection, and we look forward to sharing any pairs we acquire in the future!