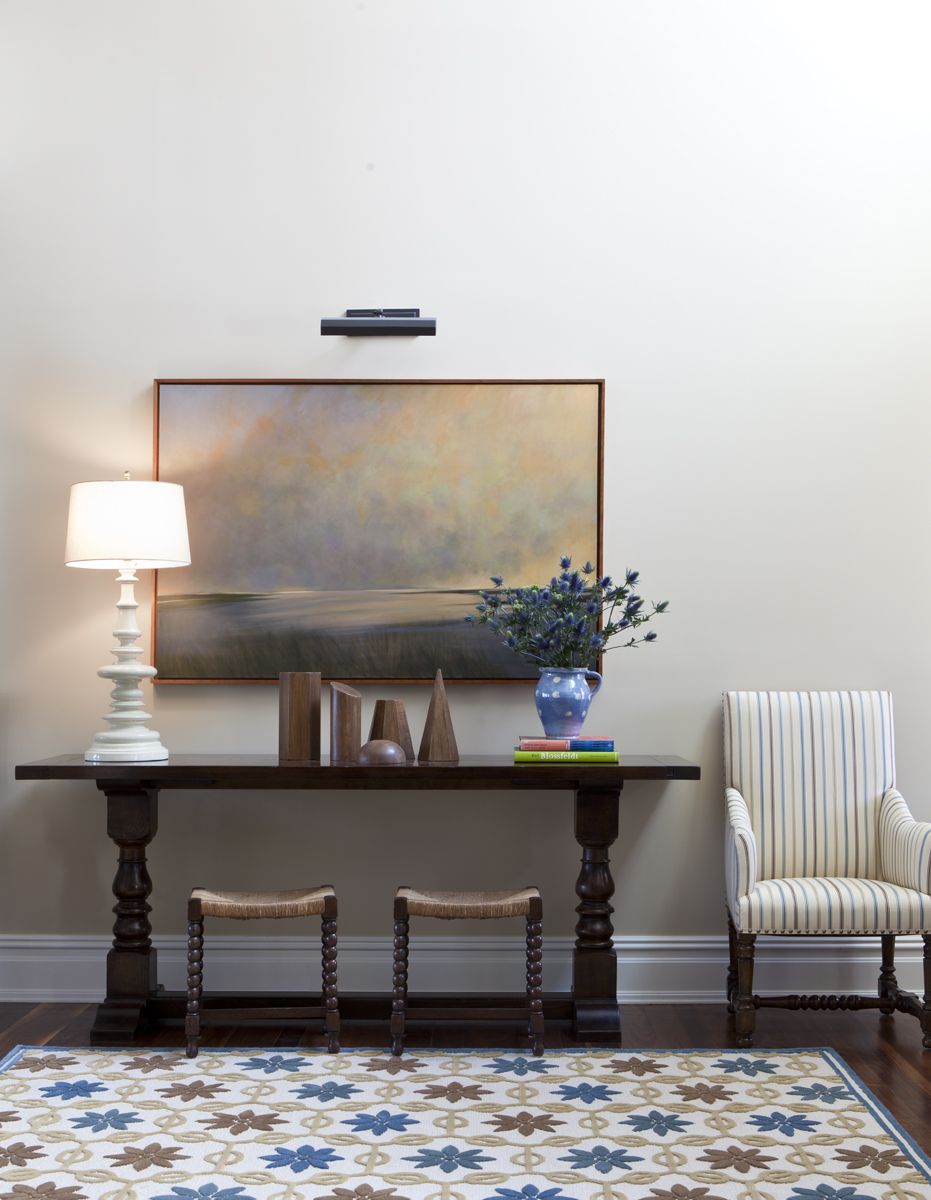 Scott Sanders is our next Designer Spotlight, and we are delighted to feature his work today.  After getting his degree at Parsons School of Design, Scott started his career at Ralph Lauren where he established the company’s interior design department.  In 2000, Scott established his own firm in New York and over the past two decades he has created and curated exceptional interiors all across America.  In addition to Scott’s residential work, he has completed several impressive hospitality projects including the Art-Deco era Lord Baltimore Hotel.  His publication, The Inside Guide to the Lord Baltimore Hotel and Baltimore, Too chronicles the history of the architectural landmark and its transformation under Scott’s sophisticated eye.

Today we are looking at several of Scott’s projects that highlight the value and elegance of traditional antiques within a contemporary setting.

Where better to start than an entryway.  For a Bridgehampton beach house, Scott introduced a classic mahogany hall bench of wonderful colour that works perfectly with the light colours of the walls and floors.

In the above image, another traditional mahogany hall bench can be seen alongside the staircase, but what really catches our eye is the framed gallery wall leading up the staircase.  With several of the drawings featuring blue mounts, they coordinate with the Chinese Kangxi style vase and other blue accents in the living room.

Blue appears again in this gorgeous living room designed by Scott.  The traditional George II style side chairs and mahogany dining table with turned feet complement the tones of the wallpaper and fabrics.  And we love the topiary centrepiece–a very clever idea!

In this detail shot of a sitting room, Scott incorporates a wonderful mahogany hall chair.  Hall chairs, as we have discussed before, are a quintessential piece of English furniture history. 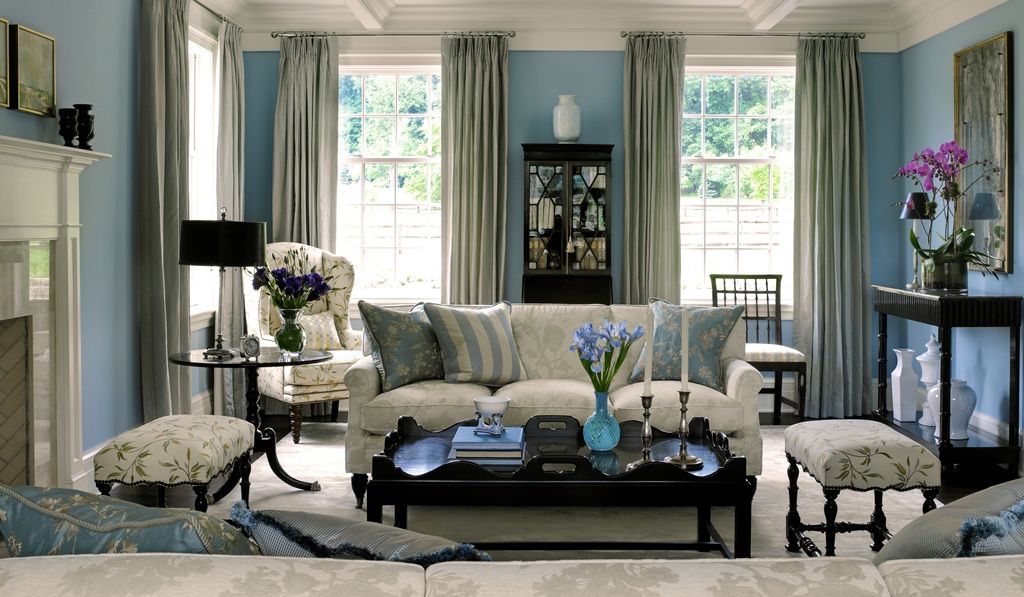 We will finish on this last room in light decorated in the Colonial style in light blues and cream.  The traditional mahogany wing chair, china cabinet, tripod table, and over-scale butlers tray complement the colour scheme and work beautifully together in harmony.

In addition to Scott’s book on the Lord Baltimore Hotel, he has another fantastic book entitled Picture Perfect: Designing the New American Family Home, which chronicles Scott’s design process.  To see more of Scott’s work and learn about his latest projects, have a look at his website.