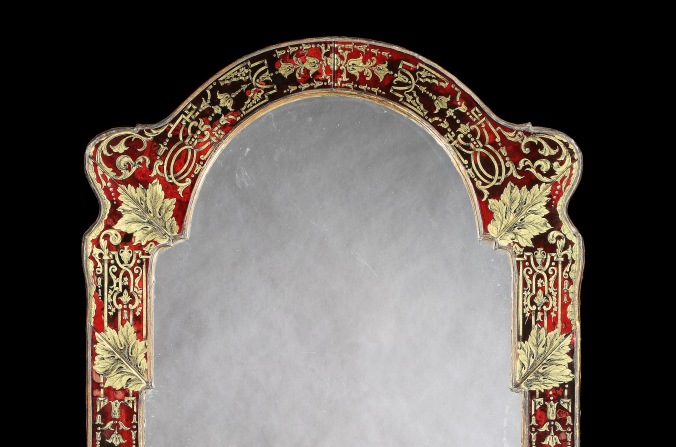 Verre eglomisé is a term applied to a process of decorating glass from the reverse with metal foil, usually gold or silver, engraved with pictorial or geometric designs.  The technique was known as early as the 3rd century BC in Alexandria and was widely used throughout the Roman Empire and in early Christian times. 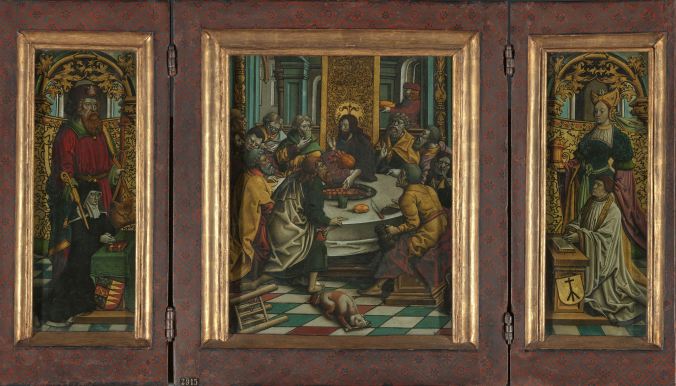 Triptych with the Last Supper and Donors, Jacob Cornelisz van Oostsanen (circle of), circa 1525-30 Rijksmuseum Collection

The technique was used throughout Europe since the 15th century on paintings, mirrors, and clock faces.  Shown above is a triptych of the Last Supper by Jacob Cornelisz van Oostsanen in the Rijksmuseum Collection.  The Rijksmuseum champions this work as the earliest known and best-preserved verre eglomisé painting from the Northern Netherlands. 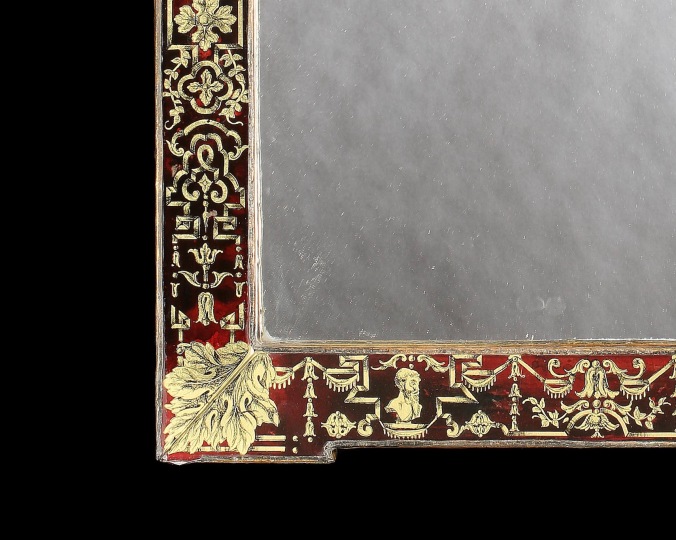 The gold glass decoration became associated in France during the 18th century with a designer, framer, and great collector of works, Jean Baptiste Glomy.  From his house on the rue de Bourbon he was credited with inventing a method of framing prints with black and gold fillets painted from behind the glass.  Thus his name became linked to a much older process. 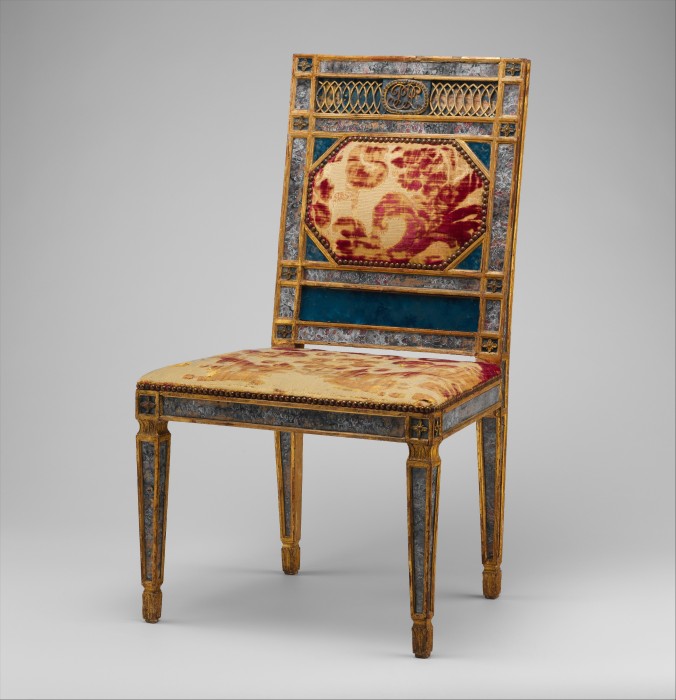 The technique was not just reserved for smaller objects: furniture was also adorned with verre eglomisé panels.  A suite of furniture consisting of at least four settees and twenty side chairs made in Sicily circa 1790-1800 were part of the furnishings of Derby House, London for the Earls of Derby in the early 20th century.  One of the chairs is now at the Metropolitan Museum of Art and is pictured above.  The chairs feature gilded moldings and carved decoration that frame verre eglomise panels that are painted to imitate hardstones, including agate, marble, and lapis lazuli. 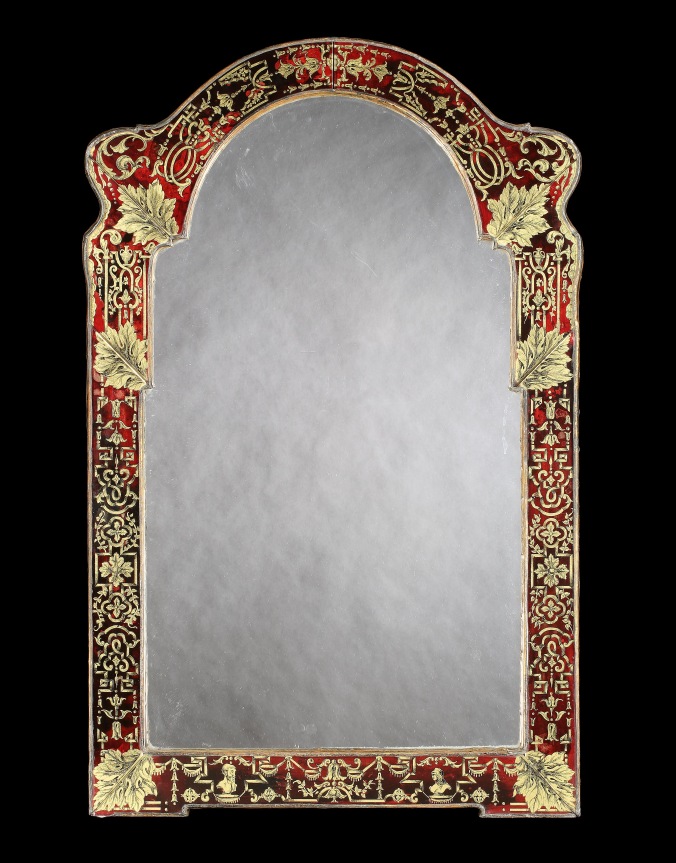 We recently acquired a 19th century French verre eglomisé mirror that is a wonderful example of this technqiue.  This particular mirror recalls the 17th century designs of Daniel Marot and the boullework technique popularised by Andre Charles Boulle with its imitation of tortoiseshell and brasswork.

One thought on “Reflecting on Verre Eglomise”