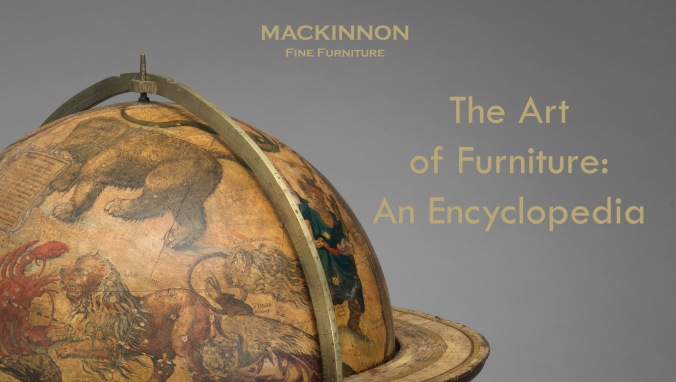 We are starting a new series that will tie into one of our new digital efforts: ‘The Art of Furniture,’ an online encyclopedia of furniture and decorative arts.  The encyclopedia will look at major themes related to furniture history: stylistic periods, English monarchs, materials, techniques, and many more.

Each entry will be accompanied with examples of furniture from our collection that relate to the specific entry.  We will keep these entries up to date so that the resource will continually grow and change with new acquisitions.

Without further ado, we present our first entry on Queen Anne.  Queen Anne furniture is a term that is synonymous with early 18th century furniture, but the monarch behind this style was a fascinating character that deserves close attention. 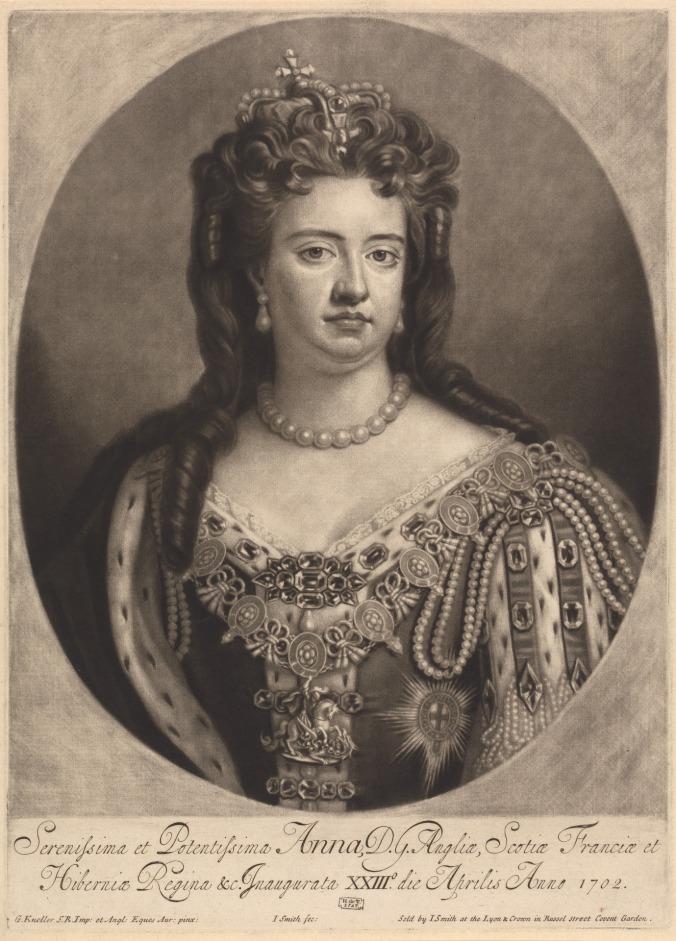 Anne (1665-1714) was born during the reign of her uncle, Charles II, and although her father James II initially took the throne, he was deposed after just three years because of his Catholic sympathies.  William of Orange and Mary, Anne’s older sister, were invited to take his place.  William and Mary had no children so after Mary’s death in 1694, William continued as sole monarch until he was succeeded by Anne upon his death in 1702.

Anne was plagued by ill-health and from her 30s she grew increasingly lame. She was also marked by personal tragedy and despite seventeen pregnancies, she died without any surviving children and was the last monarch of the House of Stuart.  Under the terms of the Act of Settlement 1701, she was succeeded in 1714 by her second cousin George I of the House of Hanover, who was a descendant of the Stuarts through his maternal grandmother, Elizabeth, daughter of James VI and I. 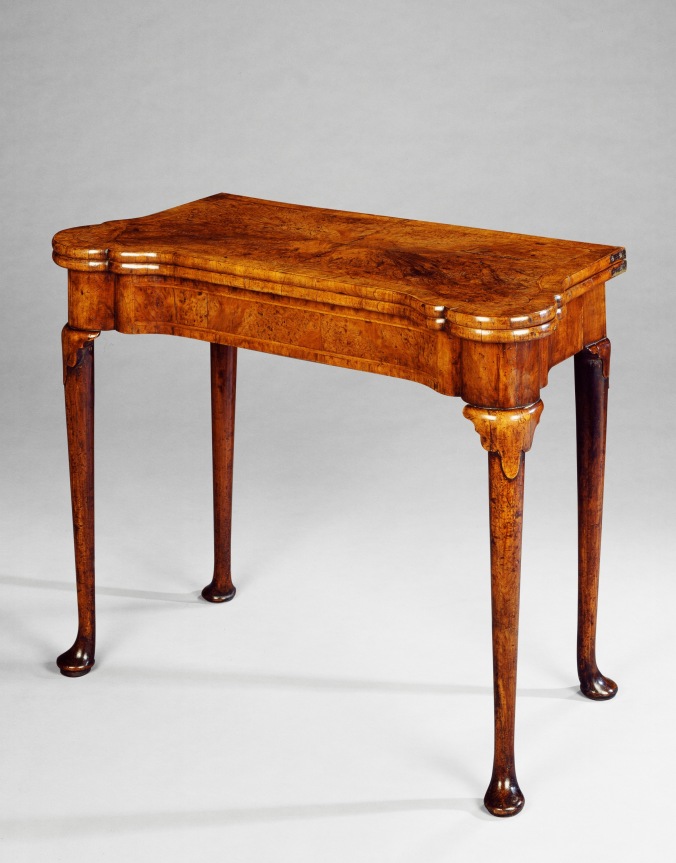 Queen Anne period furniture is often described stylistically as late Baroque.  Following the end of the reign of William & Mary, furniture became somewhat lighter in style with a focus on curved lines and restrained ornament.

The Queen Anne period is always associated with walnut furniture and some of the finest surviving examples date from her time.  Walnut had been used in furniture since the Renaissance, but the peak of the timber’s use occurred in the early 18th century with the rise of prosperity in the country and the subsequent interest in more elegant homes and furnishings.  Along with walnut, the British yew wood was a popular timber used at this time, both as veneers and as solid pieces.

The cabriole leg was the most important introduction of the period with cabinet makers replacing the straight, turned legs with more graceful, curving ones.  They were often carved with a shell on the fat curved knee. Surfaces were mostly plain so that the carvings would be the focal point, with every effort being made to show off the grain of walnut veneers to the best advantage on pieces of simple outline.

Mirrors became plentiful and of smaller size, particularly with delicate frames of gilt gesso.  The taste for upholstery with both silks and needlework also became increasingly popular. 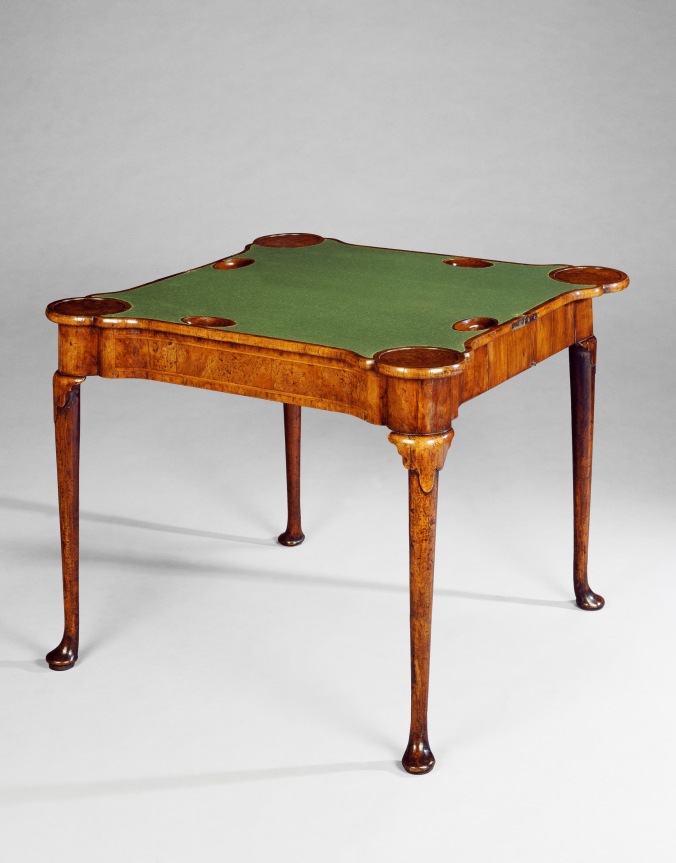 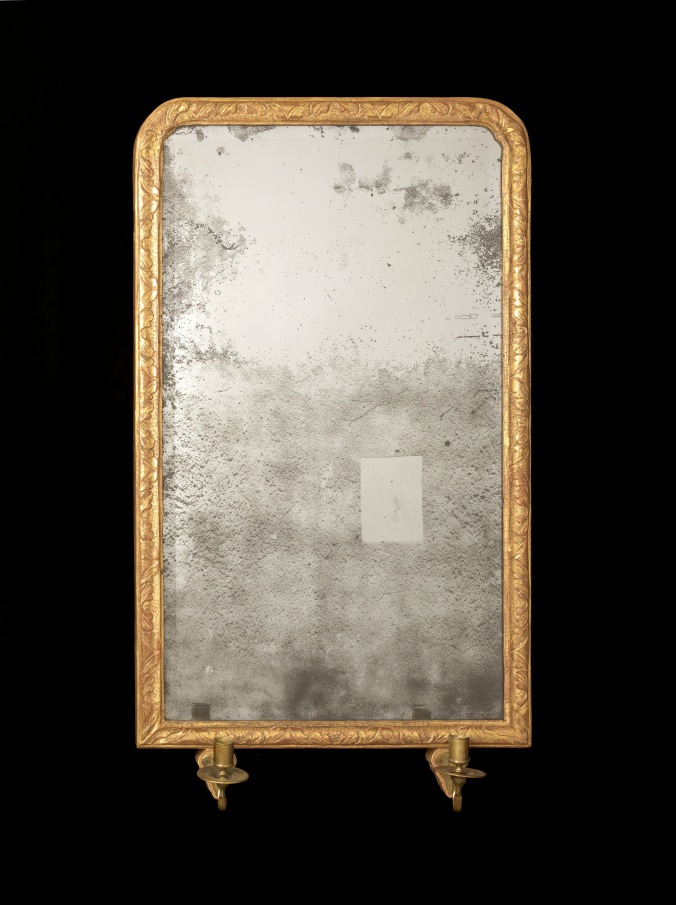 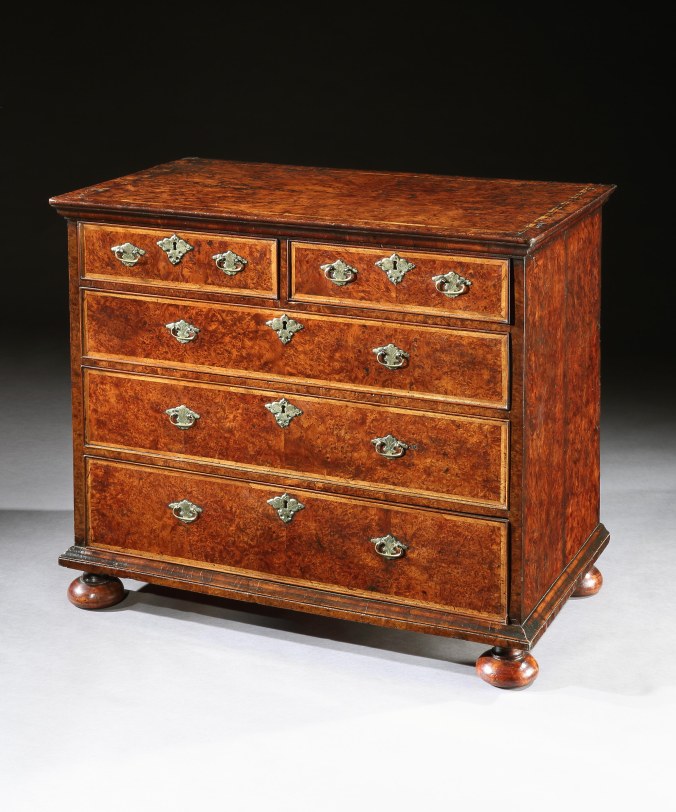 2 thoughts on “The Art of Furniture Encyclopedia: Queen Anne”