We are very (nay, extremely!) fond of English furniture of the 18th century: the development of style from the early William & Mary pieces through to the height of the neo-classical revival leaves little to be desired. 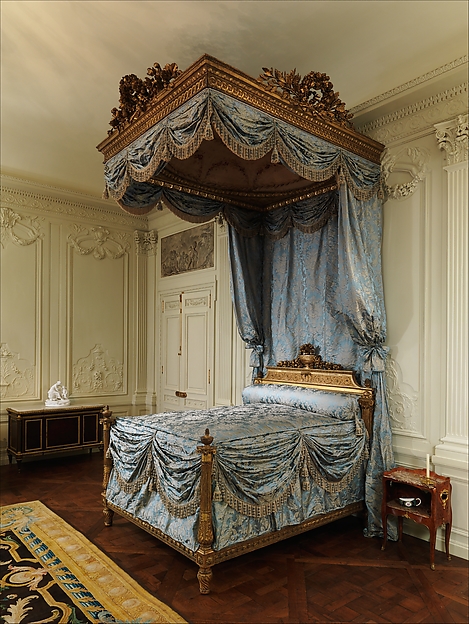 However, it is hard to ignore French furniture of the same period and the influence it had on English taste and design.  The 18th century is often referred to as the Golden Age of French furniture as is defined, roughly, by the reigns of Louis XIV, Louis XV, and Louis XVI.

The furniture-making guild, or Corporation de Menuisiers, was the heart of the decorative arts market in the 18th century.  It was originally established in the Middle Ages and continued until 1791 when it was dissolved during the French Revolution.  The guild provided strict rules for its members on the creation of furniture and cultivation of trade.  Whereas English furniture is rarely stamped or marked by its maker, French furniture almost always is thanks to the guild system.

From 1743 onward, every piece of furniture offered for sale from a guild member had to be stamped by him.  Once the committee of elected guild members approved the quality of the piece, it would further stamped with JME for jurande des menuisiers-ébénistes.

We will look more closely at the various styles of French furniture in the 18th century in upcoming posts, particularly in their influence on English design.