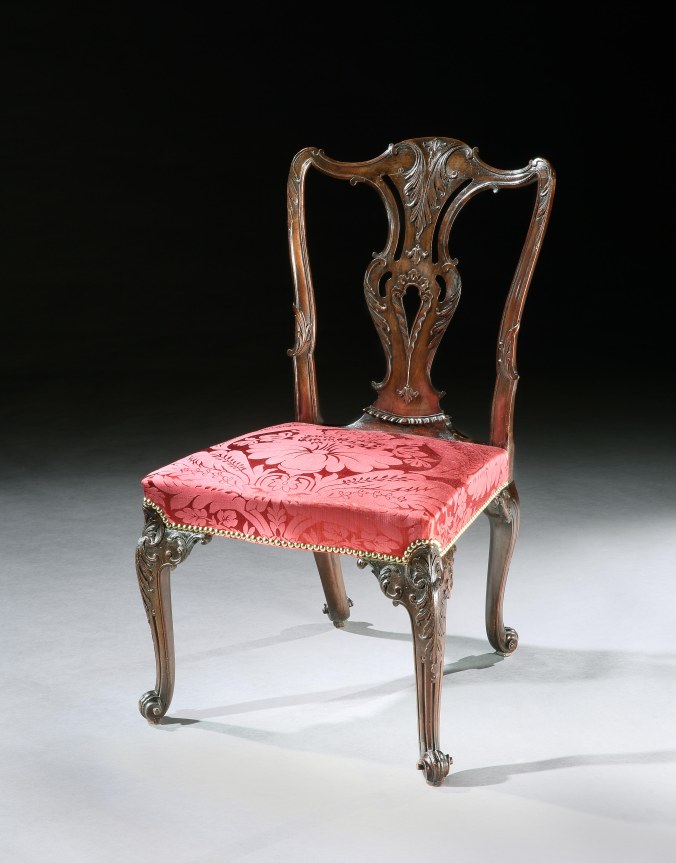 Today’s Great Provenances exhibition spotlight is a very fine George III walnut side chair attributed to Paul Saunders, the sinuous exaggerated serpentine-shaped and pierced back finely carved throughout with acanthus leaves and hare-bells, the upholstered seat with silk damask, above four superb similarly carved cabriole legs each terminating in exaggerated scroll toes in the ‘French’ taste.

This chair is presumably part of a suite supplied to James Lowther, 1st Earl of Lonsdale (1736-1802), for Lowther Castle, Westmoreland or Lowther Lodge, London.  In 1913, the chair entered the collection of the Metropolitan Museum of Art in New York. 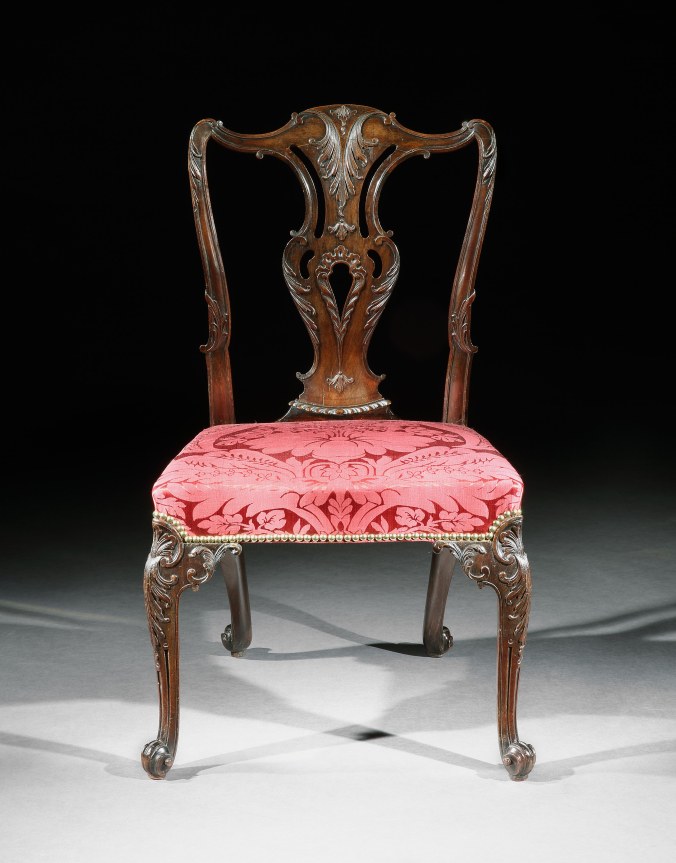 This chair can be attributed to Paul Saunders (1722-1771), a leading cabinetmaker in London in the 1750s and 1760s.  Saunders held the title of Tapestry Maker to His Majesty George III and also received a number of important commissions from notable patrons of the day.  Saunders’ workshop was based around Carlisle House, Soho Square, and later from 59 Greek Street, when he partnered with the cabinetmaker and upholsterer, William Bradshaw.

Saunders and Bradshaw in particular supplied furniture to Thomas Coke, 1st Earl of Leicester (1697-1759) for Holkham Hall, Norfolk.  The firm supplied an identical set of chairs, albeit with parcel-gilt highlights, to the Coke family for the dining room at Holkham. 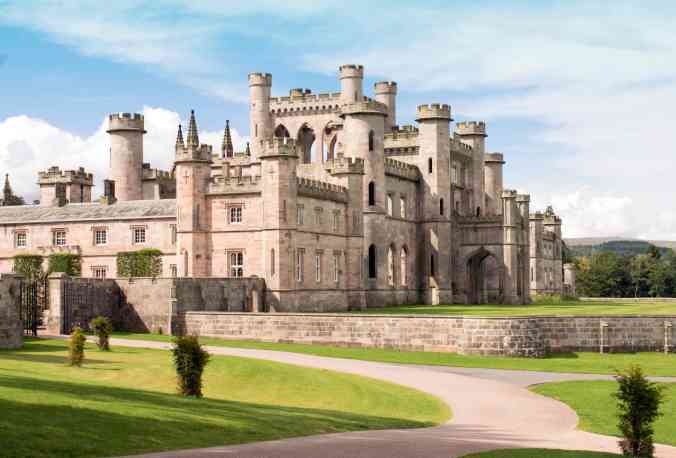 Lowther Castle, Westmorland has been in the Lowther family, later the Earls of Lonsdale, since the Middle Ages.  John Lowther, 1st Viscount Lonsdale, built the castle in the late 17th century.

James Lowther, 1st Earl of Lonsdale (1736-1802) succeeded to the baronetcy and the estates, including Lowther Castle, in 1745.  He was one of the wealthiest men in England, with an annual income of around £45,000.    He married Mary Crichton-Stuart, daughter of John Stuart, 3rd Earl of Bute, in 1761.  The 3rd Earl of Bute was one of Robert Adam’s early patrons at Lansdowne House and Luton Hoo, and he likely introduced Lowther to Adam.  Lowther commissioned Adam to create designs for both Lowther Castle and Whitehaven Castle, but it was not until the early 19th century when William Lowther, 1st Earl of Lonsdale (1757-1844) commissioned Robert Smirke to build the famous castellated mansion.

William Wordsworth (1770-1850) once wrote about the castle, ‘Lowther! in thy majestic Pile are seen/Cathedral pomp and grace in apt accord/With the baronial castle’s sterner mien.’  Joseph Turner visited the castle and painted a vista showing Lowther Castle in the distance entitled Lowther Catle – Evening, which currently hangs at the Bowes Museum.

Requisitioned during World War II, and after the sale of the contents in 1947, the castle was demolished and now remains as a magnificent ruin.