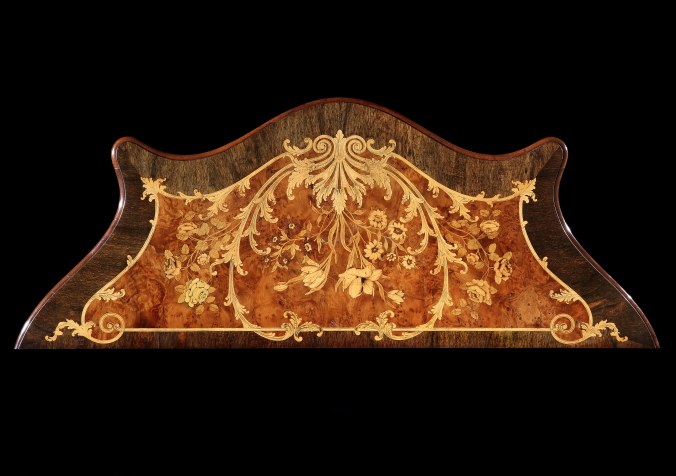 It is hard to believe that today’s post brings us halfway through our alphabetical tour of the decorative arts.  We will take a close look at one of the quintessential decorative styles of Georgian furniture: marquetry.  Marquetry is the term for inlaid work made from small pieces of wood or other materials to decorate the surface of a piece of furniture. 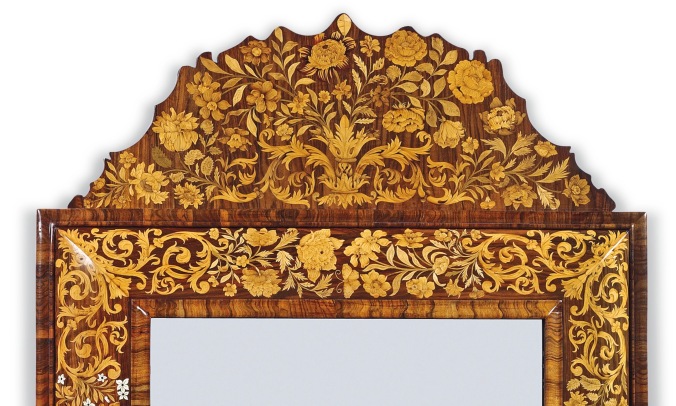 Marquetry dates back to antiquity with the Roman use of marquetry in woods, metal, glass, and stone.  Surviving examples from Pompeii and Herculaneum show the great skill of the craftsmen.  By the 17th century, the pioneer of the marquetry technique in Francewas Andre-Charles Boulle.  His exceptional pieces with inlaid tortoiseshell, brass, and pewter were so highly regarded that the name Boulle now comes to refer to this specific type of inlay. 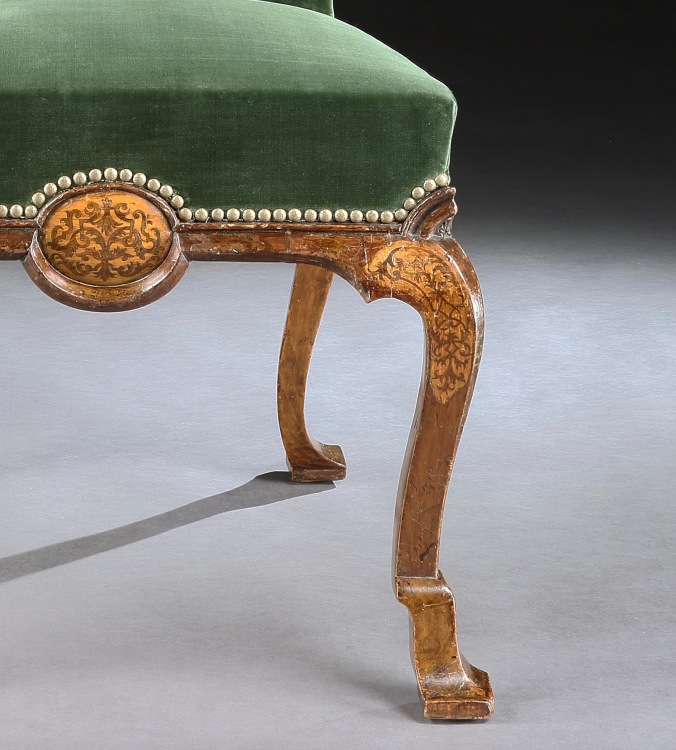 English marquetry is predominately done in wood, often featuring dyed pieces to create highly colourful and elaborate designs.  Floral marquetry was particularly popular in the late 17th and early 18th centuries with the influence of foreign craftsmen bringing the skills over to England.  By the middle and end of the 18th century, the trend for neo-classicism led to the rise of geometric marquetry patterns, often in intricate configurations. 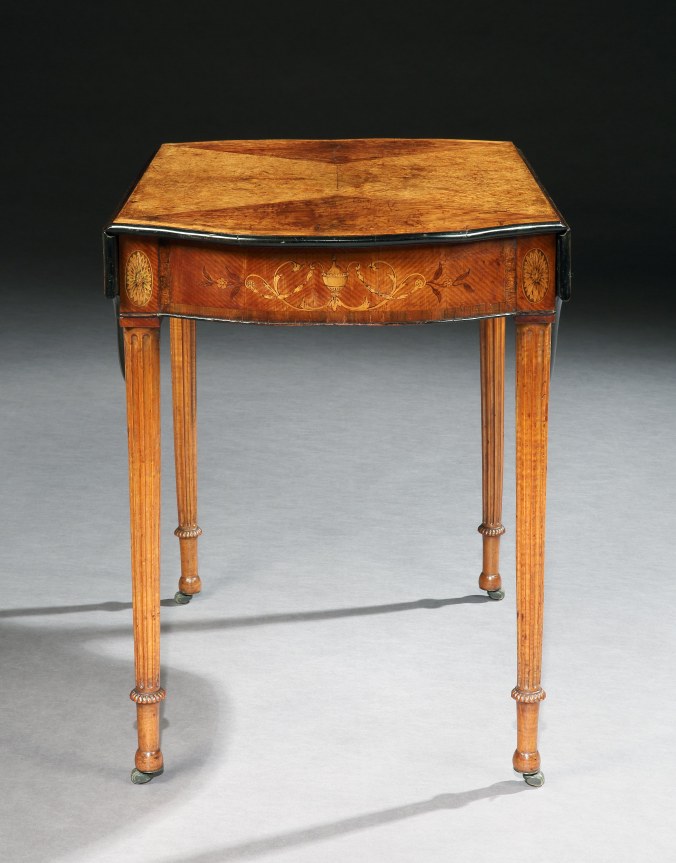 The Getty Museum has produced an instructive video on the technique of marquetry, which can be watched here.  The video is particularly helpful in showing the incredible coloured dyes used on the wood to create vibrant decoration.

One thought on “The ABCs of Decorative Arts: Marquetry”