We are focusing once again on some local history here in St. James’s today with a close look at the history of the arcades that serve as a highlight of the shopping experience in the area.

View of the Royal Opera Arcade

The oldest arcade in London is the Royal Opera Arcade off Pall Mall, which was designed by the renowned Regency designer John Nash in 1818.  In addition to having shops lining the stretch of the arcade, it also served as a place for a ‘promenade,’ or a stroll up and down the length to see and be seen. 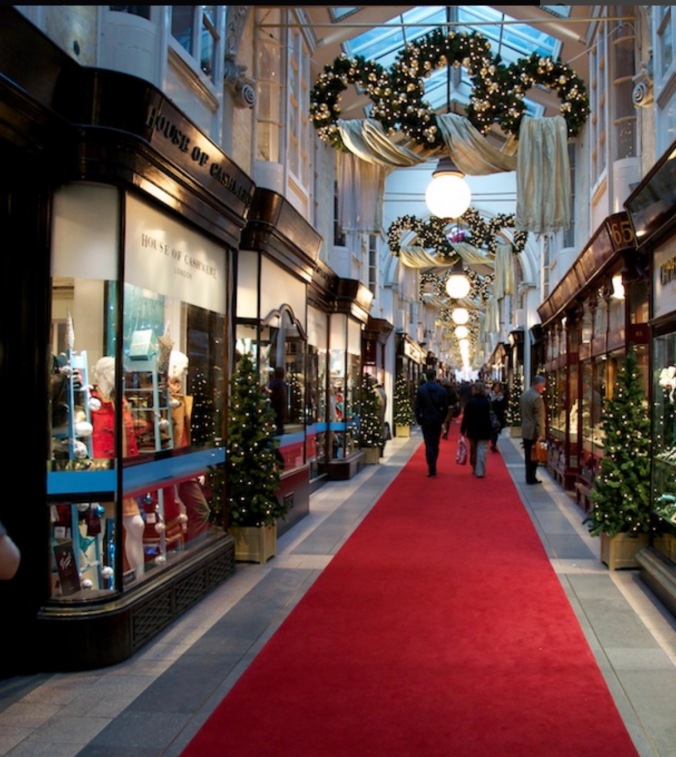 One year later, in 1819, London’s most famous arcade opened: the Burlington Arcade.  It was built by Lord George Cavendish, later Lord Burlington, for his wife so she could shop under the cover of the arcade and stay away from the elements (and crime) on the streets beyond.  The arcade measures 196 yards long and originally housed seventy two small two story shops with a plethora of wares, including jewellery, lace, glassware, cigar, gloves, and more.  With its Palladian style architecture and Ionic columns, the shopping arcade was a haven for fashionable.

The Burlington Arcade even has its own police force, albeit a very small one, known as the Burlington Beadles.  The Beadles were responsible for enforcing a variety of rules, including no running, no biking, no opening umbrellas, no humming, singing, or whistling.

View outside the Piccadilly Arcade

Today the arcades in London continue to thrive with a newly refurbished arcade around the corner from us, known as Princes Arcade.  Princes Arcade was originally created in the late 19th century, and has just re-opened with a number of classic and iconic British brands.