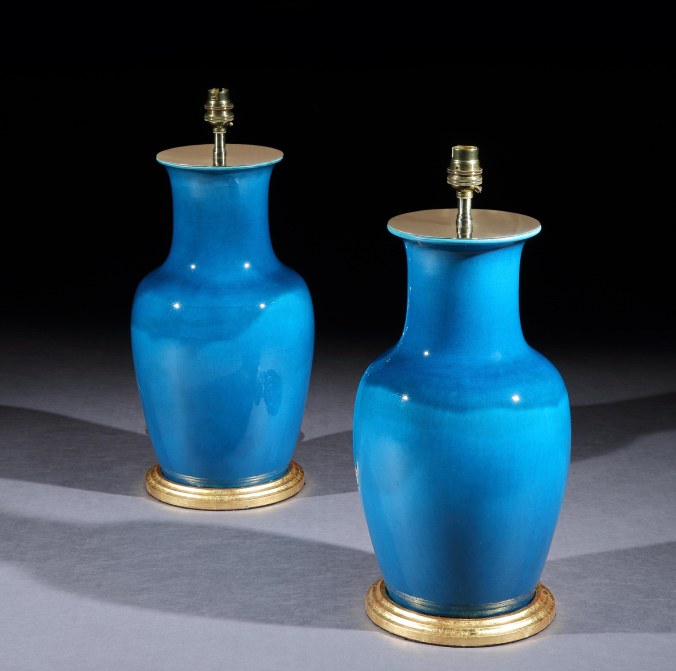 Joseph-Théodore Deck (1823-91) was a celebrated French potter who ran a successful workshop in Paris for many years in the mid to late 19th century.  This workshop, Joseph-Théodore Ceramique Française, produced ceramics in a variety of styles, including in foreign Iznik and Chinese patterns. 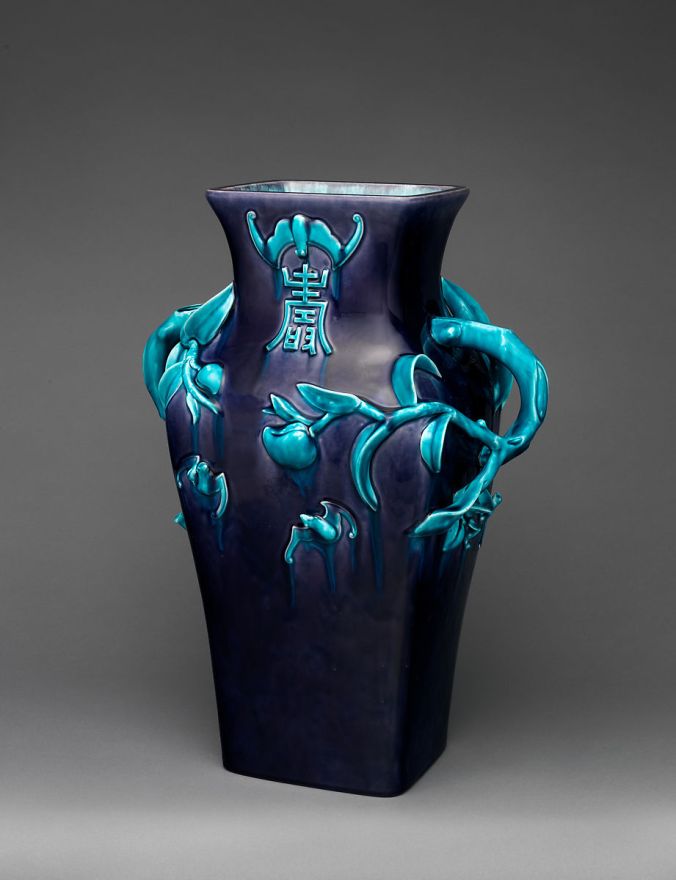 A Vase by Theodore Deck
Metropolitan Museum of Art

One of Deck’s greatest legacies is the famed bleu de Deck, which he debuted in 1874.  Inspired by the Iznik tradition, this bright turquoise glaze appears on many of his most popular wares.

A Bowl by Theodore Deck
Metropolitan Museum of Art

In 1878, the Legion of Honor awarded Deck with a medal at the World’s Fair of Paris.  He published a treatise on glazed pottery entitled La Faïence in 1887.  Deck died in 1891, and the New York Times obituary read, ‘he attained world-wide celebrity with his vases, red, turqouise, Deck blue, and other colours, limpid, profound, and dazzling…. Deck died at Sèvres, in the little pavilion, with rooms of gold, satin, and velvet, filled with vases painted in manganese violet and eel yellow colors, lacquers, netsukes, and swords of Japan… He was inseparable from his surroundings; he wore the air of their art and charm as if he had been born among them.’

We are delighted to have this very fine pair of French glazed baluster vases by Deck in the iconic bleu de Deck.  The vases are now mounted as lamps with hand gilded turned bases.