Today we are travelling forward in time… all the way from the 18th century, the time period where most of the pieces in our collection date from, to the Edwardian era in the early 20th century.  This period marked a resurgence in interest in earlier antique styles of furniture, and one firm in particular became champions of this revival style. 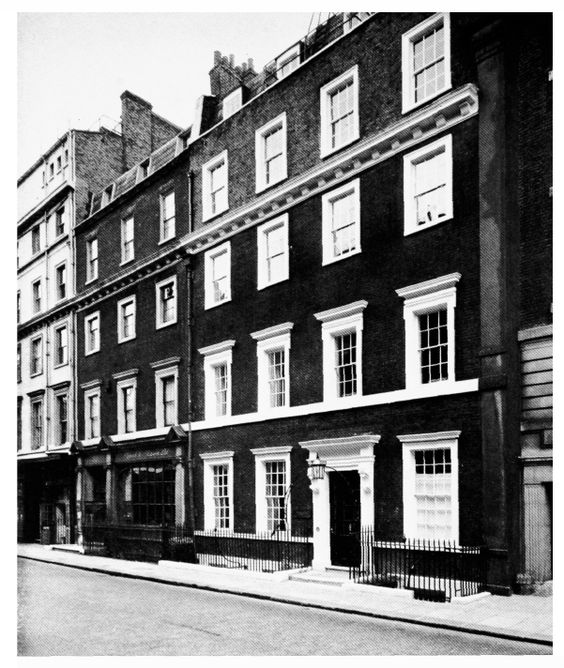 Lenygon & Morant were the leading cabinetmakers of the Edwardian age who specialised in re-creating furniture that evoked the Queen Anne and William & Mary taste.  In 1904, Francis H. Lenygon founded Lenygon & Co, and in 1909 he merged his business with the upholstery firm Morant & Co. and took up premises at 31 Old Burlington Street. 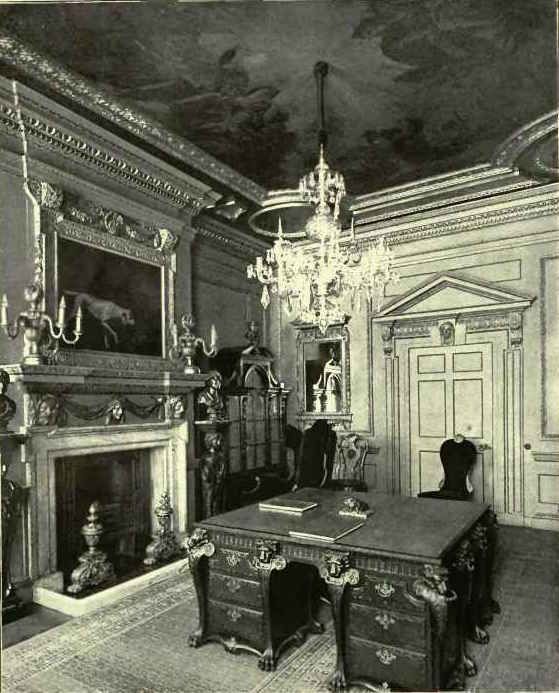 In the same year, the publication The Decoration and Furniture of English Mansions during the Seventeenth and Eighteenth Centuries by Margaret Jourdain came out, and the book featured a series of illustrations showing a number of pieces acquired by the firm in situ at their Burlington Street studio. Lenygon made a name for himself by acquiring complete period rooms, including a Dutch Painted Room from Groningen, Holland and others, which were described as ‘the most interesting and important complete room[s] – both historically and artistically – which has ever been exhibited (Lenygon & Morant, Description of the Painted Room in the Collection of Messrs Lenygon & Co. Ltd, 1910).

View of the Governor’s Palace in Colonial Williamsburg, circa 1935 by Frances Benjamin Johnston
Library of Congress Prints & Photographs Division

The firm received commissions by a number of prominent patrons, including the Royal family, and the firm held royal warrants under four kings: Edward VII, George V, Edward VIII, and George VI.  The firm also received numerous commissions from prominent American collectors, including Nelson Rockefeller, who hired Lenygon to consult on the reconstruction of Colonial Williamsburg and its Governor’s Palace.

The firm succeeded in creating a great deal of furniture reproduced in the seventeenth and early eighteenth century taste.  The sofa shown above is an example of a Queen Anne style giltwood sofa produced in the late 19th century that reflects the craftsmanship and quality of Lenygon & Morant’s work.  In an obituary for Francis Lenygon, the Magazine Antiques wrote that he was ‘a happy combination of antiques dealer and decorator.  Thoroughly grounded in both phases of his career, he won world-wide fame.’  This fame and legacy continues today through the surviving pieces of furniture from his workshop.