We are delighted to share an extremely rare and unusual example of Anglo-Chinese furniture from our collection.

This pair of Anglo-Chinese solid padouk secretaire cabinets features a moulded cornice above a pair of paneled doors with radiused upper corners and leaf-carved moulded borders.  The interiors of the upper sections feature bookshelves above pairs of drawers, and the fall front writing flat opens to reveal pigeonholes and small drawers.  Each cabinet stands on a base with four long graduated drawers terminating on shaped bracket feet.  The cabinets retain the original paktong handles. 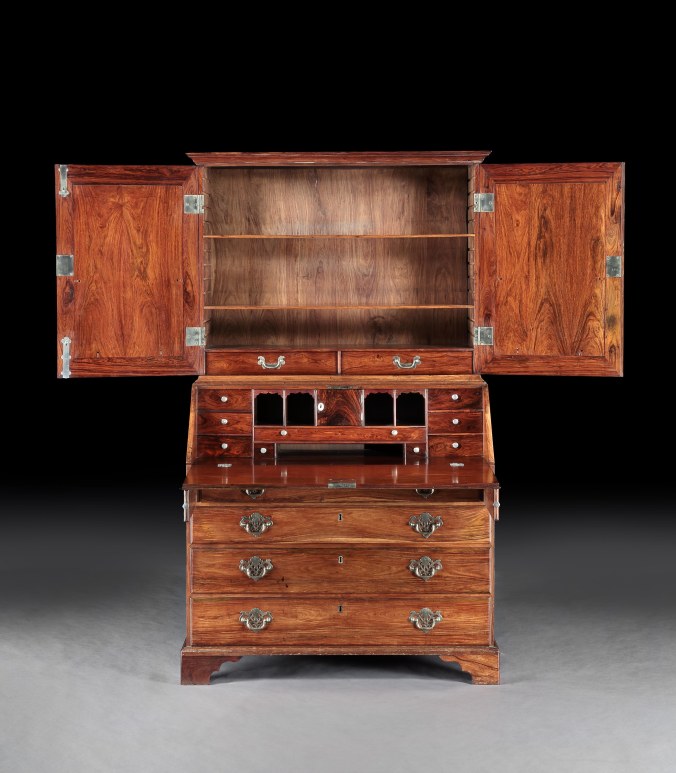 The survival of this pair of Anglo-Chinese secretaire cabinets from the eighteenth century is very unusual as only a few Anglo-Chinese furniture pieces made in Canton for British patrons survive today.  Each of these pieces reflect a form inspired by an English prototype, but constructed in an entirely Chinese fashion.  The presence of a pair of cabinets is particularly unusual. 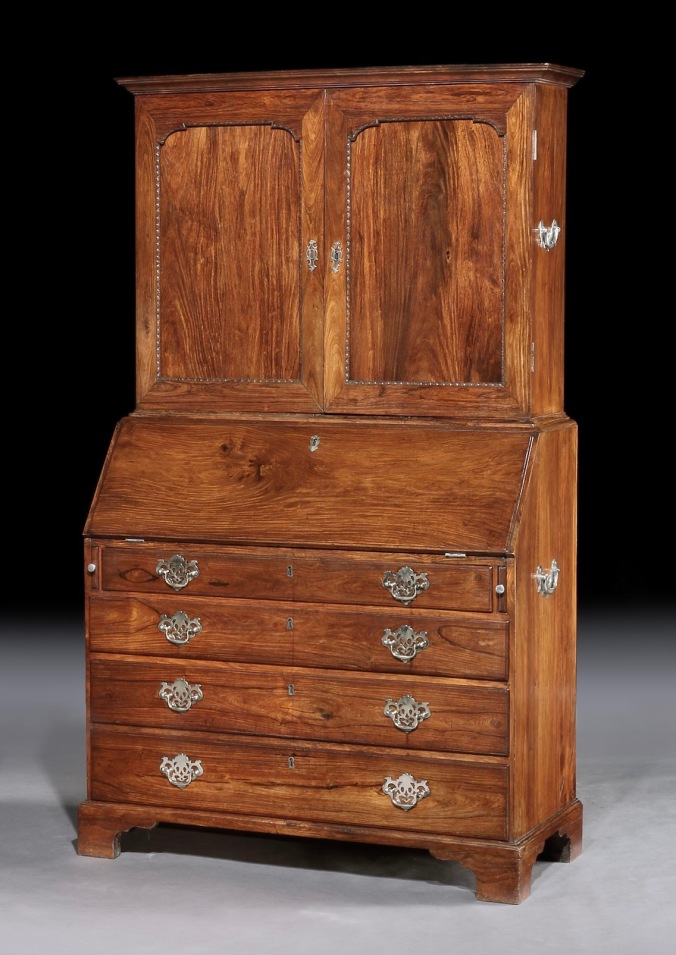 These cabinets reflect the rare combination of English design with Chinese construction methods executed in locally sourced timbers. The overall form of these secretaire cabinets bear similarity to English designs as seen in publications such as Thomas Chippendale’s The Gentleman and Cabinet-Maker’s Director (3rd ed., 1763, pls. XVII and CXXIX).  However, the cabinets differ in their construction, particularly in the use of the solid timber rather than veneers.  The timber itself, padouk, is a wood native to Asia.  The handles and escutcheons are made of paktong, which is an alloy composed of copper, nickel, and zinc, which was a uniquely Chinese product until the 19th century.